OMG YOU GUYS! The Princesses of Iowa comes out TOMORROW!

I've been talking about her and her book all week, and now it's time for the interview that Molly promised me 5 years ago... 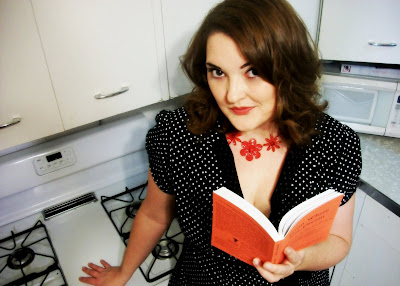 This is not your normal blogger/author interview. You and I go back to the days before blogs. Wanna tell the kids how we met?

I do! If I recall correctly, it was almost exactly mmrph years ago this month, at an admitted students weekend at Grinnell College, so we were both seniors in high school. One of us was wearing a UU chalice necklace, and the other was like, Hey, is that a UU chalice necklace? And then Necklace was like, Why yes, it is, and then Asker was like, I’m also a Unitarian and also I’m from Wisconsin! And Necklace was like, me too! We are the same person! Let’s be best friends!

I don’t remember which of us played which role in the conversation, but I’m fairly sure it went just like that. And then we went on to not actually hang out in college – but then, through the tight-knit (some say “cultish”) online community of Grinnell students &alums, we became besties. Awwww.

ed. note: That's how I remember it too. Also, I was the asker and you were the askee.

When I lived in Michigan and worked at the co-op grocery store, people mocked my love of Iowa, except for one guy in the kitchen, because he used to live in Des Moines. One day, he decided to move back to Des Moines and everyone was like "ugh, why?" and then he came to me and I was super jealous and he said "you're the only one here who gets it." The Iowa-hate is even worse here on the coast. Tell the good people at home why Iowa is awesome. Please keep the Dar Willaims quotations to a minimum (Even though it's totally her fault that I ended up there.)

Yeah, when I was getting ready to go to school there, everyone was like, “Iowa stands for ‘Idiots Out Walking Around’!” and “Why does all the corn in Illinois lean to the west? Because Iowa sucks!” (Wisconsin’s state-bullying isn’t limited to Iowa; we also like to make fun of Illinois and Minnesota, and sometimes consider building a militia to take back Michigan’s Upper Peninsula.)

The sad thing is that when I moved to Iowa, no one there seemed to know that they were basically universally hated & mocked by every other state in the Midwest. Iowa hates no one! They’re the nice state.

Seriously, though, a friend of mine once described Iowans as “lacking guile,” and I always felt that was such a great description. There’s something about Iowans… I’m nervous about making broad generalizations here, because I don’t want to pull a Stephen Bloom and become the next most hated person in Iowa. (Note: Iowa does hate someone! They hate Stephen Bloom.)

But look: Iowa is SO beautiful -- it’s much more than cornfields (though I happen to think the cornfields are very lovely, myself) – it’s also rolling hills and secret caves and winding rivers and stunning bluffs. The next time someone tells you that Iowa is flat, make them do a Google image search for “driftless area Iowa” and then stand over their shoulder screaming “ISN’T IT SO BEAUTIFUL????”

Despite our shared Iowa connection, we're both actually from Wisconsin. What do you think the Pack's chances are this year?

Chances are good that my best friend Cindy will yell at me if I call her during a game. Hey-o! But seriously, I have no idea. I’m more of a Badgers fan myself. I literally had a dream about Bucky Badger last night – my friend was mad because he thought I’d gotten us lost, and then we ran into Bucky Badger, and I was like, “See, if I hadn’t gotten us lost, you wouldn’t have gotten to meet Bucky!”

You teach writing when you're not doing your own writing. Before that, you taught English and got your entire class to do the NaNoWriMo's young writer's program. What's your secret to being so awesome?

Ha. Mostly coffee, plus a short attention span and an unwillingness to be bored. I don’t know, I’ve always felt that I have the teacher gene, so a part of me is only truly happy when I’m teaching. A big theme of my life has been trying to find a balance between teaching and writing, which is why NaNoWriMo was so awesome – I got to do both! Incidentally, there was no such thing as a young writer’s program when I did it with my kids, but I emailed the headquarters to let them know I was planning to attempt it with 140 middle schoolers, and they sent me a bunch of swag.

ed note: So basically, you invented the Young Writer's program. I'm pretty sure that's what happened.

I just finished reading two manuscript drafts, one a MG from a student of mine, one a grownup novel from a friend. They were both great!

I’m trying to perfect my Peter Gabriel Pandora station. It needs a LOT of babysitting. This morning I added Everything But The Girl, and so I’ve gotten a bunch of early 90s ladyrock, which is awesome, but I don’t want my PG station to turn into my Chick Rock station, soooo….

OMG I JUST FINISHED ALL THREE SEASONS OF VERONICA MARS AND I LOVE IT SO MUCH. Now I don’t want to watch anything else ever again.

If you could go back in time and talk to your high school self, what would you tell her?

1. Take it easy on yourself and consider getting more than 3 or 4 hours of sleep a night.

2. If your friends constantly make you feel like shit about yourself, find new friends.

3. Don’t quit dance classes. Are you crazy? Quit one of your five hundred other extra-curriculars instead. Turns out regular exercise makes you feel less insane. WHO KNEW.

4. Keep writing and keep listening to yourself. You’re actually doing a good job at life so far, all things considered.

I've mentioned a few times on the blog that you taught me how to apply eyeliner using only your words. Do you want to tell everyone your eyeliner tricks? (Sadly, only using your words means I can't Pin this.)

I’m pretty sure the main thing I told you was that you’re allowed to gently stretch your skin in order to make a straight line. Sure, we’ll probably have terrible crows feet eventually, but… worth it! Plus, then we’ll just fill in our wrinkles with more eyeliner and be old ladies who rock Amy Winehouse eyes.

Oh, I just searched for it in my email and turns out it was like 10 Steps to an Adequately Made-Up Eye. If your readers are actually interested, I will re-send and you can post it later.

ed note: Readers, if you've ever struggled with your eyeshadow, demand Molly pass this on. Seriously, we went to a hippie college where most of our classmates didn't regularly shower and Molly always had awesome eye make-up on.

Give us your elevator pitch.

How long is the elevator? If we’re just going up to the third or fourth floor, I’ll say, “It’s a reverse-Cinderella story in which a homecoming princess who seems to have it all – perfect boyfriend, popular best friends, etc – starts to wonder if there’s more to life than being popular.”

If we’re still on the elevator after that? Like we’re riding all the way to the top of the Sears Willis Tower? I’ll start awkwardly shouting out other elements of the book. “Hot teacher who might be gay! Fake car accident! Real car accident! Sexy nerd! Angry alternateen! Jokes about Muttnik! Airbrushed rainbow t-shirt that says ‘I Love My Iowa Grandma’!” And then everyone will get off the elevator whispering “Did that girl have Tourette’s?”

If we were going to do a mash-up of your book a la Pride and Prejudice and Zombies, what supernatural creature(s) would be added in and how?

Birds! Like, Hitchcockian birds. Am I right? There are already a lot of birds in Iowa, so it wouldn’t take much to add a menacing crow or two to basically every single scene, and then whenever the characters are outside (which is often), they’ll just get divebombed.

OR evil cars, a la Stephen King’s Christine, or the one where all the machines attack and everyone ends up in a truck stop. Spoiler alert! Who crashed the car? IT CRASHED ITSELF!! EEEEEEEVIL!

Side note: Speaking of monsters, along the upper Mississippi River (that’s Minnesota, Wisconsin, Illinois, and Iowa, for you geographically-challenged folks), there are these things called fishflies, which are SUPER gross giant bugs that smell like fish, and once a year they all hatch on the same day and SWARM the towns and cover all the windows and then die all over, to the point where people have literally gotten in car accidents because they slid on the insect carcasses, and the towns actually have to bring tractors out to shovel bug carcasses off the streets. It is truly horrifying. Don’t google it, I’m serious. You’ll never be able to unsee that shit.

ed. note: you know, having lived on the East Coast for almost 7 years now, I had managed to block that from my mind. THANK YOU FOR REMINDING ME.

Using only fictional characters, cast the movie version of your book.

This is the hardest question ever.

What else did I forget to ask? Ask it and answer it.

Q: Remember that time you interviewed me for your blog?
A: Why yes, I do!


HEY! Want to win an autographed copy of The Princesses of Iowa? Fill out the form below. Molly will even sign it for you!


Links to Amazon are an affiliate link. You can help support Biblio File by purchasing any item (not just the one linked to!) through these links. Read my full disclosure statement.
at 10:37 AM

What a brilliant interview. It is difficult to tell which of you is more charming and adorable. If only this were audio.