Stella is challenging us to post pictures about the books we're reading! Usually I don't put in links and pictures while doing any sort of read-a-thon thing and instead go back and add them in later, but, if you want pictures, by Jove, I'll give you something to look at. 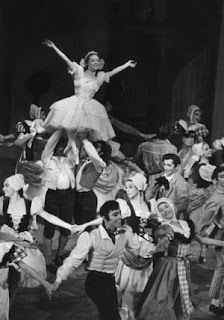 I'm reading Ballet Family by Jean Estoril, which is about ballet in London and was originally published in 1963. The above picture (which I blatantly stole from the Independent Newspaper) is from a 1960 production of "La fille mal gardee" at Covent Garden.
And, because the main character comes from Rochdale, which her London cousins look down on (because everything in the North and bleak and horrible if you're from London. Grrrrr) Here's a picture of Rochdale! 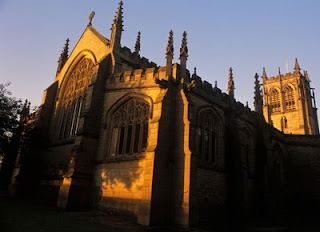 Rochdale is part of Greater Manchester (oh, city of my heart!) Often, when reading about the North, it talks about groddy canals. I'm pretty sure the canals used to be gross, but they've done wonderful restoration work on them and now they're positively lovely. Here's the Rochdale Canal: 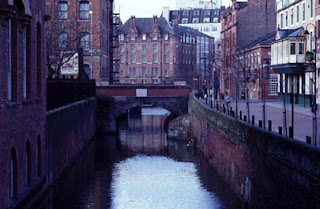 Here are some more random canal pictures that I took in Manchester this spring. They're not of the Rochdale canal, but various ones around town as we wandered... 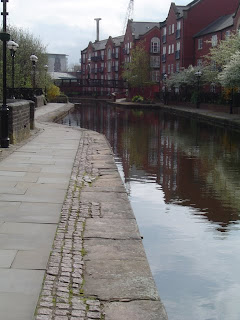 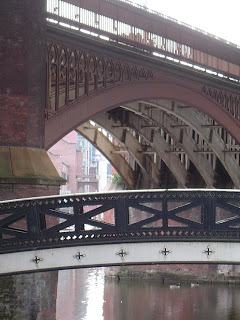 And... some more ballet: 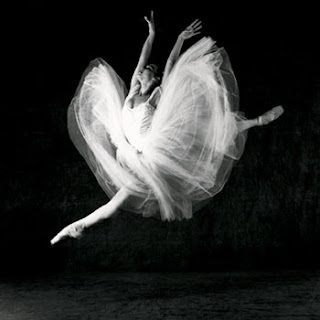 Links to Amazon are an affiliate link. You can help support Biblio File by purchasing any item (not just the one linked to!) through these links. Read my full disclosure statement.
at 3:25 AM

Lovely pics! I stayed in the North of England last April and thought it was just gorgeous.

Beautiful pictures! The one of the foot path along the canal reminds me of the television series Life On Mars... Really great!