Wait! You say. You were gone?

Yes, yes I was. Awhile ago, Author2Author's Tip of the Day was about how grown-ups need to listen to the advice we give to kids online. We tell kids all the time not to give out too much personal information, but then we blather on and on about when we're going on vacation. It's not that hard to Google where a blogger lives, and then they'll ROB YOU. And, that's actually happened. So, I kept a little mum. Not a full lid (and I did tweet about watching Obama's speech from the airport. I didn't tweet how nice the toilet in the Air France lounge is though. I'm telling you know, because it had a heated seat! With a control pad in the wall. Also, a built in bidet) but I pre-scheduled some posts and didn't say "HI! I'M GOING ON VACATION." Even though Dan did post a picture of me with the name of the city where I was. 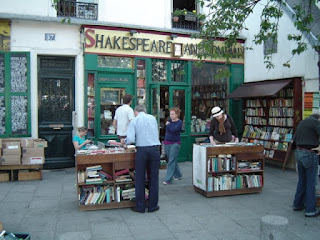 Well, we flew to Paris! Were we spent 5 hours running around the city. They had an entire bookstore of just manga! 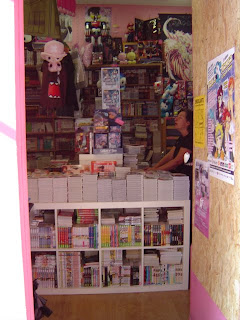 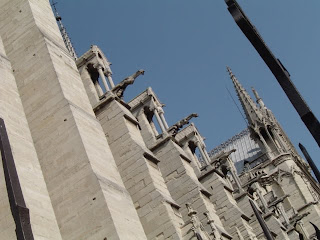 Then we visited friends in Bristol before taking the train over to London. Guess the station: 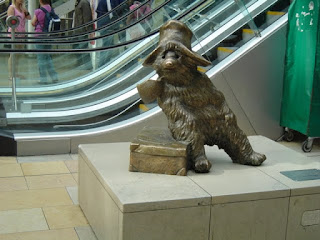 That would be Paddington.

We spent the weekend in Croydon, where Jen and Rich got married! 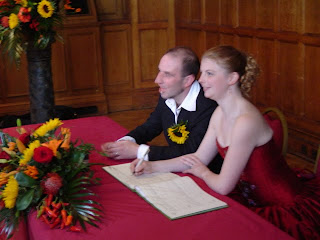 I wore a fascinator! Because that's what British ladies do at weddings: 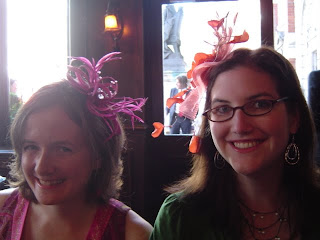 They got married at the Croydon Clocktower in a beautiful old library room: 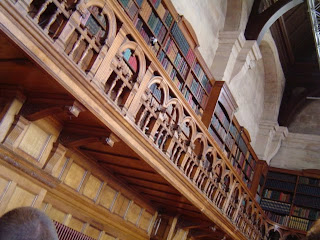 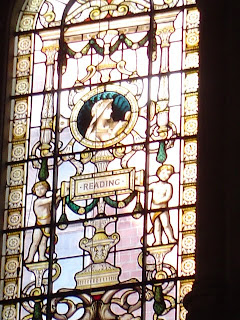 But, the Clocktower has the actual public library in it, too: 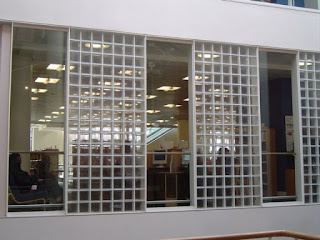 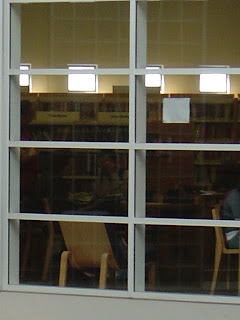 Then, on the way home, at Heathrow, I saw a display of something and just couldn't resist and had to buy and read... 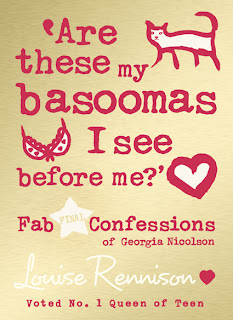 You must have had an awesome vacation! The picture of Notre Dame is great, and I loved the fact that the wedding was in an old library.

YAYYYY, London! OMG, London. Considering I just talked your ear off about England this past weekend, I'll spare you all my gritty Anglophile chatter... but yayyy! Love the headpieces at the wedding, too -- and you're so right! My friend who was studying there wore one to everything. It's the British way!